Standing By Jesus Through Our Persecution

by Allison Brown on November 7, 2015 in Beliefs, Faith 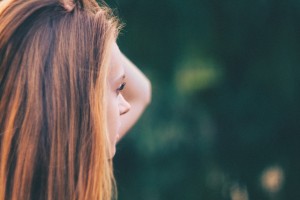 When We Are Attacked For Our Beliefs

Every time I have someone attack me for my belief in the Catholic faith at first I feel hurt and emotional, because my faith is deeply rooted in me and is not something I take lightly.
But than the sun comes out and I realise that in fact this is great! Being attacked for my faith actually means I am doing something right. It means I am bringing the truth to people despite if it makes them or myself uncomfortable.
People are very quick to argue the truth and to make is personal. When they cannot argue the subject at hand they quickly turn it in to personal attacks.

Though I need to constantly remind myself what is said in the bible.

Mt 5:11
“Blessed are you when people insult you, persecute you and falsely say all kinds of evil against you because of me. 12 Rejoice and be glad, because great is your reward in heaven, for in the same way they persecuted the prophets who were before you.”

last week I was attacked yet again for my beliefs and for being pro-life. Quiet frankly it’s a topic i am quiet passionate about and will stand against fire and hell to protect the unborn.
So when this person starting insulting me i quickly made it her problem. I also did not let this person talk me down and made it clear why I believe what I do.
Im not going to change my mind or back down at the fear of the possibility of insulting someone with the truth because they for some reason can not tolerate the truth and would prefer to tolerate the lies that is feed to them, daily, by society.

The two go hand in hand.They cannot be separated.

I find comfort in Matthew 5:11 knowing that I am pleasing God.Im not going to back down in my beliefs because I know what God has done for my life.I just have to look at my family and know that God is working through all of us.

So, going through my old posts, I stumbled across this one that I had written over a year ago on exactly the same subject.
For me being tested in my faith,strengthens it and reminds me of why I believe.It also humbles me when I need some humility and teaches me to love the other despite their own faults and imperfections.
It also reminds me that society wants me to fail in my beliefs. Society wants to suck me in and spite me out when they are done with me. They want to fool me into their wants and desires. They want me to have idols and to do what feels good.
They want to encourage me to be a sinner, because it FEELS GOOD!!
But despite the struggles, I will keep fighting and say no, for my self , my husband and especially for my children.

“Finding a new found strength is something that Iv needed to find.
Being able to slowly look at things differently is something I must do.

My health is still going down hill, but I’m trying to keep my spirits up and not let it get me down.
Anyone that knows me , knows how important my faith is to me, they understand how much it helps me get through the toughest days.
This week I had someone attack me and my faith and my reaction at first was to bit my tongue and turn the other cheek. but this person kept pushing. In the end I snapped while at the same time bursting in to tears.
This person not only attacked everyone who has a belief in a church or religion but he made it personal as well accusing my husband and I of not being good parents because of our beliefs-in fact it went as far as accusing us of brain washing them.

Though now when I look back and think about it I question, who is the one doing or being brain washed?
Religion has always been around, so there must be some truth in it, a reasonable person would think. Religion must have a purpose to serve. Their must be a point to it. And while religious groups, and new found churches and religions have formed over the hundreds of years, there is one belief that most people in the world would all agree on and that’s yes there is a God or some form of a higher being. In fact there is only one church who, since started by their original leaders has stayed true to its teachings and has refused to changed due to secular demands and beliefs.
So if secular beliefs and social ideas have changed over the years and people are changing their views or opting to forget about religion all together and follow society’s way, who than, may I ask is being brain washed? Especially for example-this person who was attacking me,their only arguments were obviously lines he has read or heard in the media.Nothing that was concrete with fact but just  heresy.
I mean if I can be “brainwashed” by the Church isn’t than fair to say that for example “he”could be brainwashed with secular ideas by society or socialism?

The only difference than that I can see is my brain washing has a chance to save me when I die so I  may live for eternity-though if I’m wrong than what have I lost but a few hours here and there searching for truth ( like everyone else). But if I were to be brainwashed by society and turn my back on the church, if I am than found to be wrong, well, I’ll be taking a packet of marshmallows with me, because than I have lost everything-I have lost eternity,eternal happiness.

After all we can all argue till we are blue in the face, but when we die- its too late and I personally would rather be prepared than too late. ox“

3 comments for “Standing By Jesus Through Our Persecution”