Letting Go & Trusting In Him

Life is a box of chocolates-sweet and full of surprise.

On the 31st of July I gave birth to a beautiful baby girl,that we named, Sophie.
She is nothing short of a miracle.
And I mean that in every sense.
My pregnancy was difficult,is an understatement. The days were extremely long, making the weeks and months even longer.
Anyone who has suffered from hyperemesis gravidarum during their pregnancies can vouch for that. Everything eventually becomes a struggle because the constant vomiting day in and day out has a massive impact on your body.

The body constantly looses fluids and nutrition which naturally impacts the well being of the mother and at times even the baby.
There were days where I couldn’t even sip water or any fluids, everything came up in bucketfuls. I was dizzy and fainted when I was severely dehydrated. I was constantly exhausted and the vomiting affected my gestational diabetes, making it impossible to keep under control, despite being on two different types of insulin.Being so dehydrated also at times affected the baby, making her sleepier and always making it hard for the nurses to get a good scan on the CTG.
At one stage I wasn’t putting on weight,in fact,I think,I was even loosing it and in my 18 week scan the baby appeared to be on the smaller side ( though in the normal range), which the doctor suspected,because I couldn’t keep anything down.
I was in and out of hospital on IV fluids and bed rest. Eventually I started suffering from constant headaches and chest pain. I was also experiencing this painful sensation of my skin crawling, which would only subside if I had a hot bath, so at night I would be up and awake in the bath at 2am, not being able to sleep, from this horrible sensation!
At times I would be in tears wanting this sensation to stop.
I wasn’t able to tolerate being on my medication so my anxiety was starting to shoot through the roof and I would experience horrible panic attacks where my heart would race and I felt like I was suffocating.
I am allergic to a lot of medication so there is really only one anti nausea medication I can take, but this soon stopped working and I began to also have side affects- muscle spasms, from it as well.

At the end of the pregnancy I had an episode of throwing up blood. My blood pressure went up and I developed pre-eclampsia.I also was experiencing the worst heartburn, that caused severe pain.
I was quiet relieved when my doctor said I would be induced at 37 weeks, the baby was looking big due to the diabetes and I was just too sick to continue to full term or even another week.

During that last week I began praying to St Gerard. I was Lucky enough to have a handkerchief that had, had touched his coffin so I placed this a couple of times on my stomach.
I asked him that I would go into hospital and the doctors would find me ready to start labour with out any  intrusive “procedures” to start the induction (as due to my having fibromyalgia I experience pain at a higher level ) and of cause for the safety of the baby and myself.

The night I went in, the doctor found that I was ready and that we could start labour first thing in the morning!
I was lucky enough that the doctor said I could have the epidural put in before anything was started. My plan was to have a quiet, “relaxing” labour with no stress or anxiety.

Yeah right! I should know now by number seven labour and birth rarely go to plan!

The labour wasn’t progressing well, so they kept turning up the drip to make the contractions stronger.At the same time the epidural wasn’t fully working so they also kept topping that up. But it never fully worked and I was getting pain with the contractions in patches, across my stomach and on the left side of my back and down my left leg. It was a horrible feeling and all I wanted to do was get off that bed and walk around and maybe sit in a hot bath!
I reached a certain point in the labour and stopped progressing, also the baby’s heart rate wasn’t staying up. They discovered the baby had its arm up and its hand over its head, which was stopping the labour from progressing well and causing my contractions to be erratic.

By that point I had,had enough and had burst into tears!

The doctor came in and told me to start pushing even tough I wasn’t ready too.
The baby’s hand fell away and she was born in a matter of minutes.

After she was born it was discovered there was a big knot in the umbilical cord. The doctor was shocked and surprised that she had survived. Apparently only one in a hundred babies survive the birth with a knot in the cord.
The doctor said it was a miracle that the baby made it.That she has seen a stillborn because of this.

Sophie is our miracle baby and there is no doubt in my mind that St Gerard kept both of us safe and had a hand in this miracle of ours.

I believe he continues to give us blessings, as so far, I have not had any signs of post natal depression . I am able to enjoy each and every moment with my gorgeous baby.

Letting God take care of everything.

As I look back on my pregnancy, I realised we had to let go of a lot of things and allow God to take care of everything. We had to put our trust and faith into God’s hands.
We had to let go of a lot of things as a family, as a married couple and as an individual.
A lot of things came down to “this moment” in our lives. This was it. This was the time in our lives where we had to make that choice. Were we going to continue to hold on to what we wanted, demand or expectant in our lives? Or were we going to put God first for the sake of our family and our marriage?
Because at the end of the day, when we all look deep into our hearts, we all want the best for our marriage and our children. We want our children to have faith. But,not just to have faith but to live their faith. We want our children to one day have eternal joy in heaven. As parents, we know, we have to lead by example. We want our children to know that at the end of the day nothing else matters but our faith and belief in God. Everything else in this life lasts for about 5 seconds, before leaving a person, with an empty ,unsatisfying, hole in their heart.
For myself I had to let go of my health and leave it in God’s hands. I had to believe that what ever was to happen,would ultimately be for the best. Would ultimately bring me closer to God.
In a sense I had put my life in God’s hands. I knew that the chronic vomiting and health problems that brought on suffering would be horrid and terribly hard to get through each day. But I valued the life I was carrying. Nothing was going to make me give up,even though at times, I felt, I couldn’t go on, I couldn’t give up. I believe, because the children see what I go through,to bring a new life into this world, that they, value life just as much as we do. They have learnt at an early age the value of a human life, from the moment it starts, in the womb.
Being so sick I had to let go of the house-to a point! I had to humble myself and admit that it is impossible to keep a house perfectly clean with a large family to start with, but even more impossible when I’m so sick I cannot get of the couch! I had to remind myself, at the end of the day, that’s not what is important. A house is a house, God isn’t going to care how clean my house is, or if there are toys stretched out from one end of the house to the other!
I had to in a sense let go of family members who were not supportive of us having another baby. When the rejection set in and the anger and hurt and sometimes just plain sadness, I found comfort in knowing that even though I am experiencing pain from not doing what people around me wanted me to do, that I would find joy in doing what God wanted me to do.
This always brought me comfort and a sense of peace.
My husband and I had to let go of our children, a little, and teach them to be that bit more independent, since I was unable to do much and when the baby arrived would have my hands full. The children actually thrive learning how to do their laundry or cook simple meals. They enjoy the independence and being treated with responsibilities.
My husband gave up his job,for more flexibility,so he could be here for the children and I more.
This was a tough call. A extremely hard choice to make.But family had to come first. And while this was happening our eldest, for the first time, had started attending a catechises, with my husband. This was one example, how we were teaching our son, no matter what was going on,this was extremely important for him to listen too and to put first.
It wasn’t easy. It never is. But we got through it and God has blessed us a hundred fold! So many things are happening in our lives and within our family. Its amazing and we are truly blessed.
I look back and I know, I would do it all over again, in a heart beat- if I had too.
Because some how, our imperfections, are God’s perfections.
And for me….that’s perfectly fine. 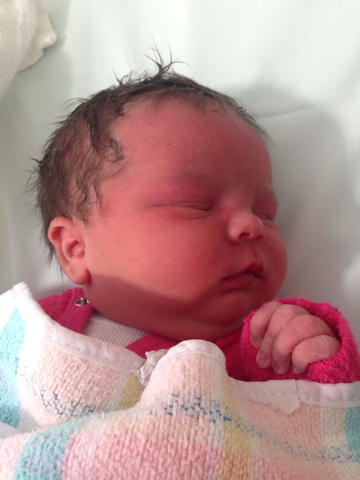 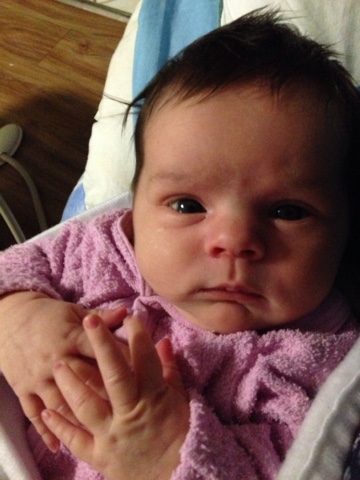 7 comments for “Letting Go & Trusting In Him”