The Age of Innocence

by Allison Brown on June 6, 2018 in Uncategorised 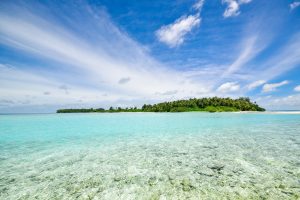 Five summers ago I was spending the last day of the year, in the sunshine, while watching the kids in the pool and drinking my favorite wine.

The night before I had watched the movie, The Blue Lagoon. While, yes, there was a lot of sun-kissed flesh and golden curls, if you could tear your eyes away from the obviousness of the nudity and the confused lust between the two young lovers, you will find yourself in the golden wonders of innocence.
They were as innocent as two young people could be, lost on an island, away from habitation and the world of knowledgeable of men. 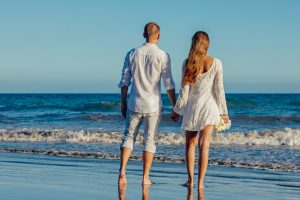 As the story played out and unfolded, their youth and ignorance at times would make me smile or giggle as if I was watching my own young children trying to figure out the mysteries of life.
I wondered to myself how the world would be if we were all like this.  Even though life at times may seem harder we would also be free from our own slavery. We would not be bound to our materials. We would not be bound to our jobs, our lusts or even to food. We would only use what would be needed to survive, to live another day. Imagine living free but responsible! Imagine love being pure, simple and true, not tainted by lust or temptation.
Imagine being completely depended on God, trusting him completely with your life. Could you do this? Could I do this?  I try too, but is it going to take us being stranded on a beautiful island for that to happen? Maybe, it might. As the less complicated a person’s life is, the less “pollution” a person has around them, the less noise there is in their life, the easier it is to hear and listen to God.
God isn’t stupid, He isn’t going to speak to those who don’t want to listen or even try to listen. God doesn’t force himself onto anyone. Instead, He patiently waits for us.
As I wonder and ponder my thoughts about this movie, I wonder if this is how it was for Adam and Eve, before Eve bit the apple with Adam. 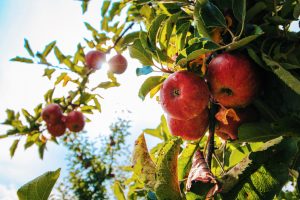 The two teens on the island were so innocent that they didn’t even realize Emmaline was pregnant. They thought she had instead put on weight.  Even as she was giving birth they still had no idea. Once the baby was born, Richard asked: “Why did you have a baby Em?” Emmaline replied, “I don’t know”.
They didn’t realize that having sex would eventually lead to new life, a baby.
What would it be like to be like this?
How would life look? I can’t imagine being that innocent as a teen or an adult. But are we the ones to have lost out? Did Richard and Emmaline have it the right way around? Are they the ones that got it right, because while watching this movie, it seemed to me that all the blessings and grace’s of life stemmed from their vulnerability and the pure innocence that would pass through their thoughts, body language, actions, their emotions and affections towards each other.
If this is what God intended, we sure screwed up. All this beauty and paradise was ours for the taking yet so easily we were lead astray, and even though as humans we have extensive knowledge, we still have not found that paradise,  we all yearn for in the depths of our hearts. 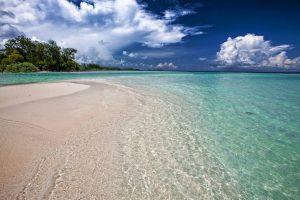 This year has already had it’s challenging for myself, as well as for some of our children. I would like to find my own paradise. Maybe somewhere over the horizon, where the sun dances on the face of the earth. Or up in the heavens where each star is a tear that has been cried and the moon, a beam of hope to hold onto.

Somewhere, somehow, I will find my peace, my beauty, as well as my own island home.